Our sixth edition of TNAG Connoisseur is live now!

In this issue, we talk to unstoppable virtuoso Steve Vai about his latest album Inviolate, as well as signature guitars, tone, and technique.

We also caught up with David Mathis of Gallagher Guitars, Richie Kotzen, Andy Timmons, Dave Weiner, Bob Wooton, Mario Beauregard, and more. We review guitars like the iconic Ibanez JEM and Martin 000s across several decades. There are also the regular features, from Meet Your Maker in which we talk to renowned luthier Bryan Galloup, Tonewood Tours where we delve into alternative woods, and columns from Julian Lage and Laurence Juber. 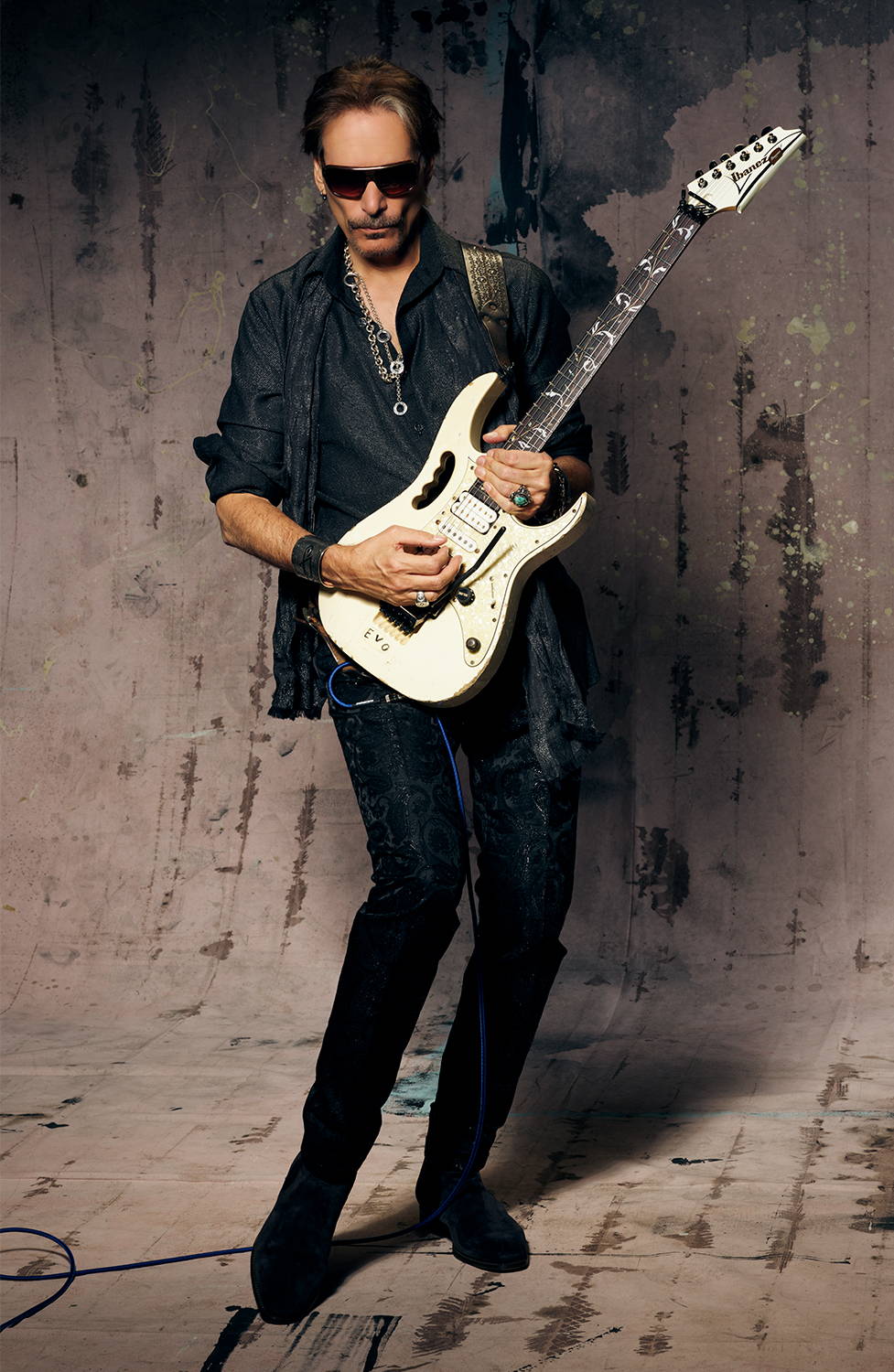 "When Steve Vai first burst onto the music scene in the early 1980s as a member of Frank Zappa’s band, Zappa took to calling him a “stunt” guitarist – because, really, what other way was there to describe the seemingly inhuman feats of six-string wonder that the Berklee-educated 20-year-old from Long Island, New York appeared able to conjure at will?

And indeed, through the ensuing years and decades – as a member of David Lee Roth’s crack Eat ‘Em and Smile band, with ace hard rockers Whitesnake, on early solo instrumental excursions like the groundbreaking Flex-Able and the genre benchmark Passion and Warfare; on more recent outings like The Story of Light and Modern Primitive; on tours like G3 and his own Generation Axe, where he has played alongside some of the greatest guitarists in modern music; in designing the oft-imitated, never-replicated Ibanez Jem guitar; in introducing the music world at large to the seven-string with the Ibanez Universe; and in once again blowing guitar-design minds with his newest signature model, the Ibanez PIA – Vai has continued to push his craft far beyond what any sensible person would consider the outer limits of artistry and achievement. 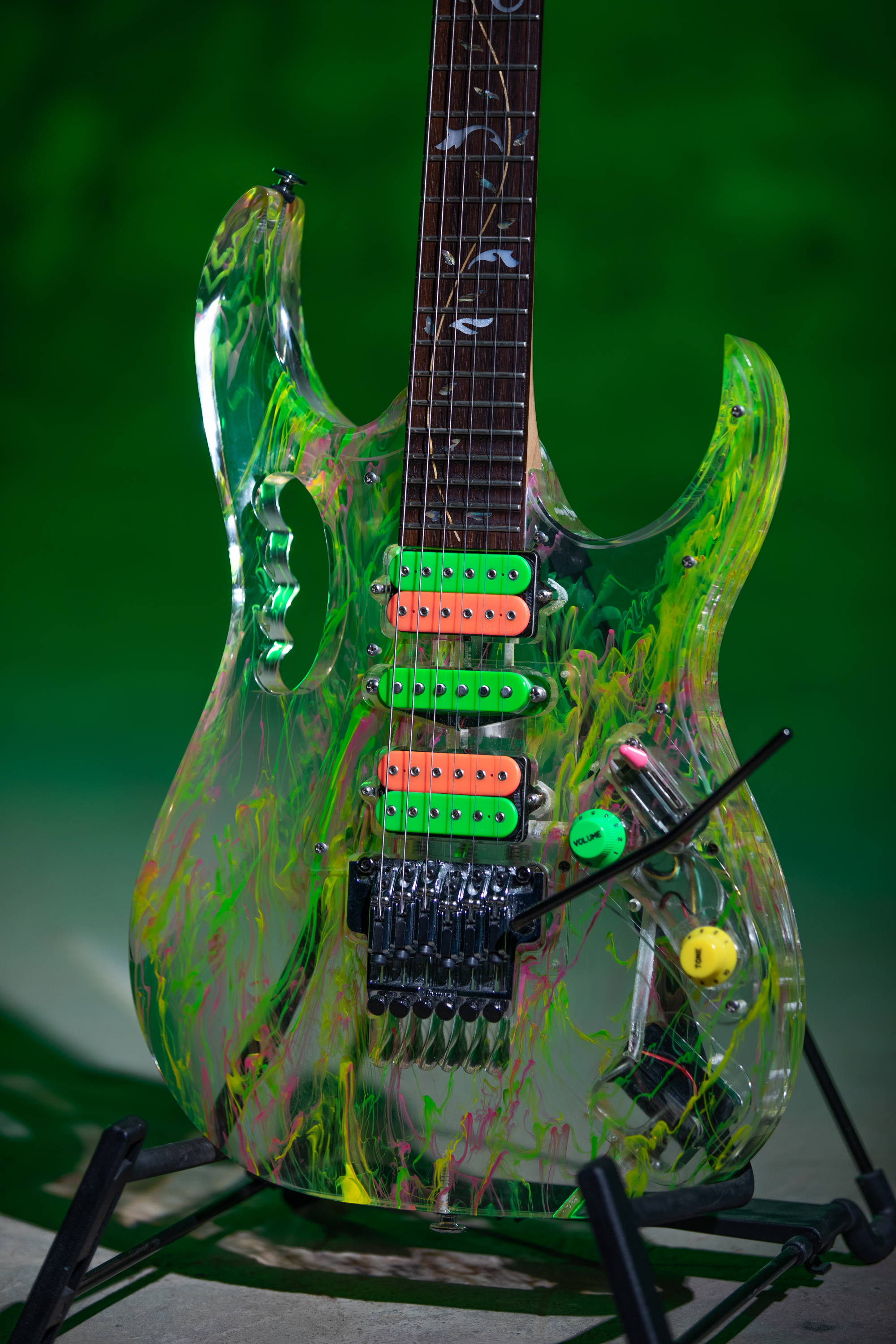 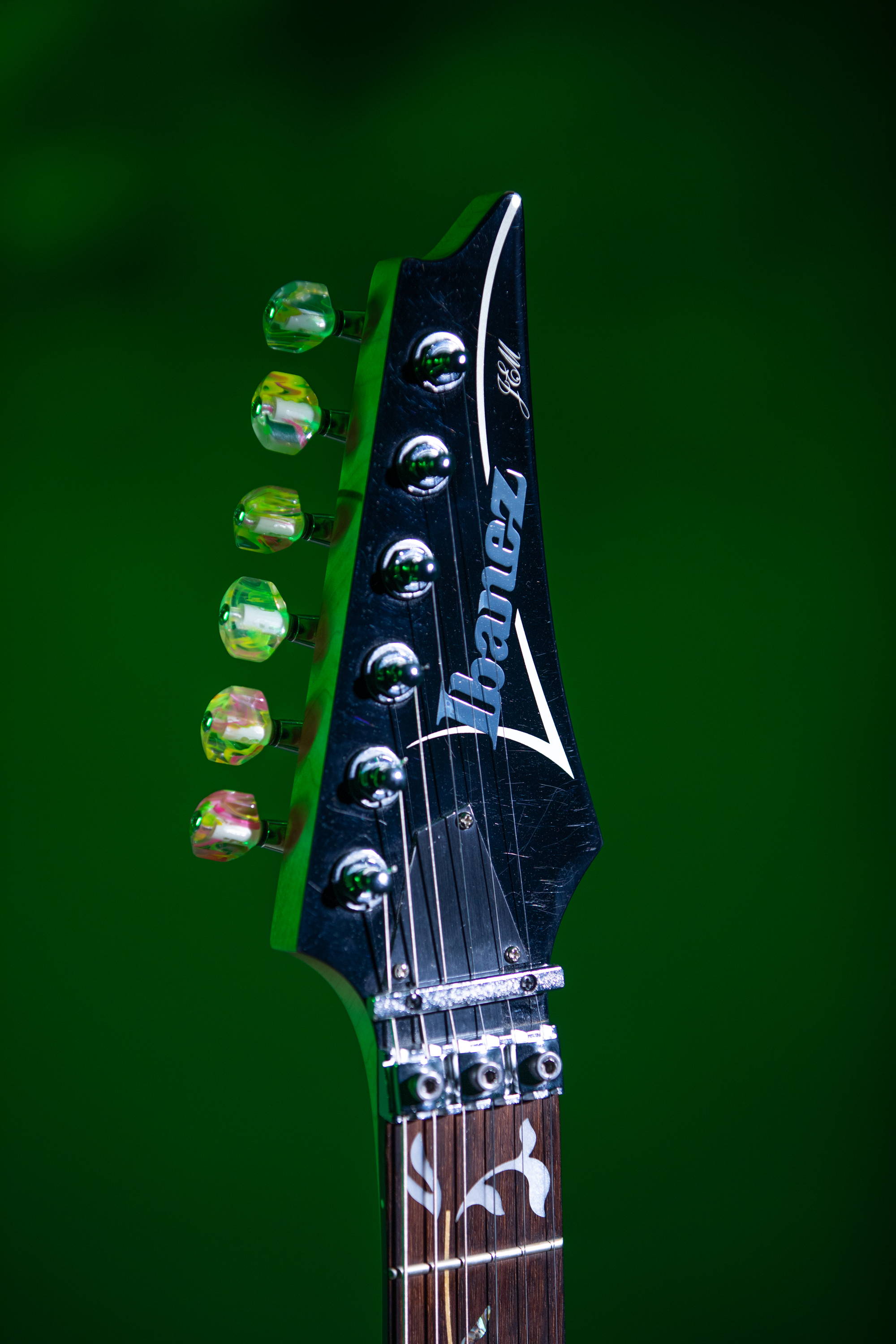 From Richard Poll's review of the Ibanez JEM:

Once Ibanez sent the first JEM to Steve, he said “It was just amazing to me, it felt so much better than my other guitars and it had the perfect pickup configuration. The volume pot was moved, it had the one tone [pot], and they came up with the [lion’s] claw.”

The lion’s claw saw six scalloped channels under the tremolo, and enabled Steve to pull the tremolo sharp rather than just dive it flat. It also gave better access to the tuners on the back of the locking tremolo.

With the design of the guitar set, and Steve agreeing for Ibanez to make them available as a limited edition model, the company made plans to unveil the guitar at the 1987 summer NAMM show in Chicago. Steve was in attendance and his appearance, and the launch of the JEM, was one of the most eagerly anticipated of the show.