Ask any serious guitarist who has been badly bitten by the vintage bug: you don’t want to even play one of the great ones unless you’re prepared to move heaven and earth to make it your own. Such was the experience of Jason Isbell when a legendary 1959 Les Paul crossed his path—and, unable to un-ring that bell, he chose to just keep swinging the clapper. Now that legendary ’Burst provides inspiration for the Nashville-based guitarist, singer-songwriter, and four-time Grammy winner on a daily basis, alongside a host of other great golden-age guitars.

Given the strength of his songwriting and the trenchant, heartfelt depths of his vocal performances, it would be easy for fans of much of his work to overlook the fact that Jason Isbell is a stage-strutting, riff-slinging guitar man to his core. Even if he had no other strings to his bow, Isbell would still cut a big figure in Music City as an in-demand guitar player, and spends a lot of time doing just that when he’s not recording and touring as a solo artist, or with his band the 400 Unit.

Much of Isbell’s music is defined by gorgeous acoustic-guitar work, as heard on tracks like the haunting ‘Cover Me Up’ or ‘Live Oak’ from his acclaimed 2013 solo breakout Southeastern, or the plaintive, evocative ‘Only Children’ and ‘Dreamsicle’ from his latest with the 400 Unit, 2020’s Reunions. But there are gritty, gnarly electric workouts aplenty, too.

The guitar parts on the declarative ‘Be Afraid’ and the pleading, contemplative ‘Overseas’ from Reunions, or the romping, slide-inflected ‘Decoration Day’ from his 2001 to 2007 tenure with the Drive-By Truckers (reprieved in fine fashion with the 400 Unit on 2012’s Live From Alabama) wonderfully display Isbell’s ability to dig in and grind out infectious tones when amped up.

Put simply, the man can shred—though you might not know just how much he’s put the talent to use outside his own solo and band work if you didn’t check the session credits for artists like Amanda Shires, Luther Dickinson, John Prine, Josh Ritter, Sheryl Crow, and The Highwomen, all of whom and more have benefitted from Isbell’s six-string abilities in the studio.

“My music is really varied as far as the genre goes,” Isbell tells Connoisseur. “I think of it more as rock and roll than anything else, but there are a lot of country elements in there, a lot of heavy elements, a lot of blues elements, a lot of folk elements, and it’s kind of all over the place. So, to be able to do my job I need a lot of different guitars. I don’t necessarily need vintage guitars, but I think that it makes my job more enjoyable and more interesting, and probably having a lot of really great guitars motivates me to be a better player and probably a better songwriter than I would be otherwise.”

Seems like a frank and honest assessment to us. And hey, guitar fans that we are, often that “makes my job more enjoyable” part is more than enough justification to seek out the delectable rarities.

To read the full with Jason, download the TNAG Connoisseur app from any major App Store now and use code 'conn01' to redeem issue one for free. 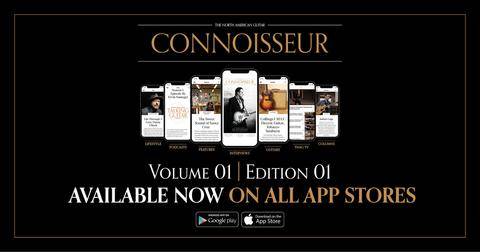