Take a look at each of these below. 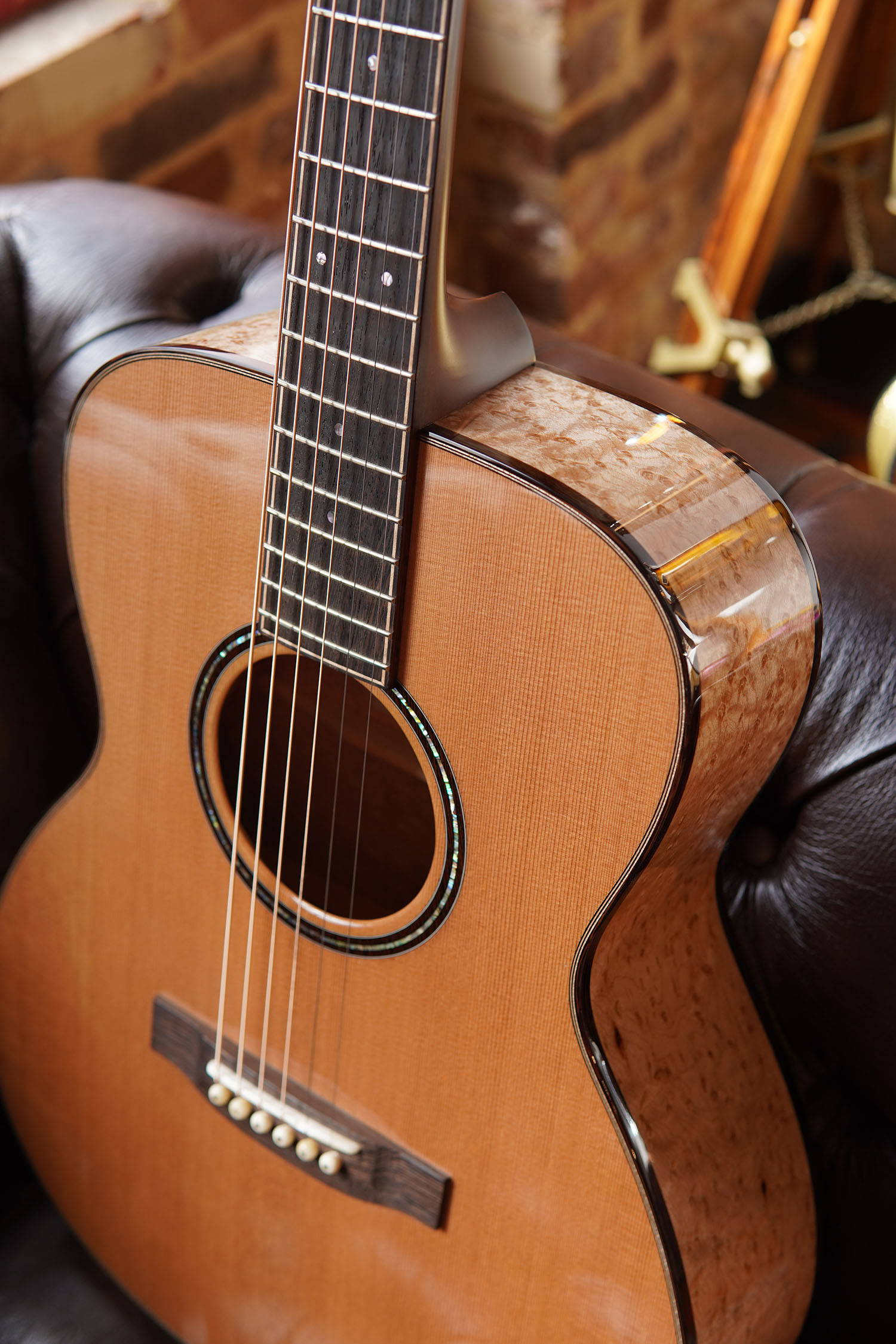 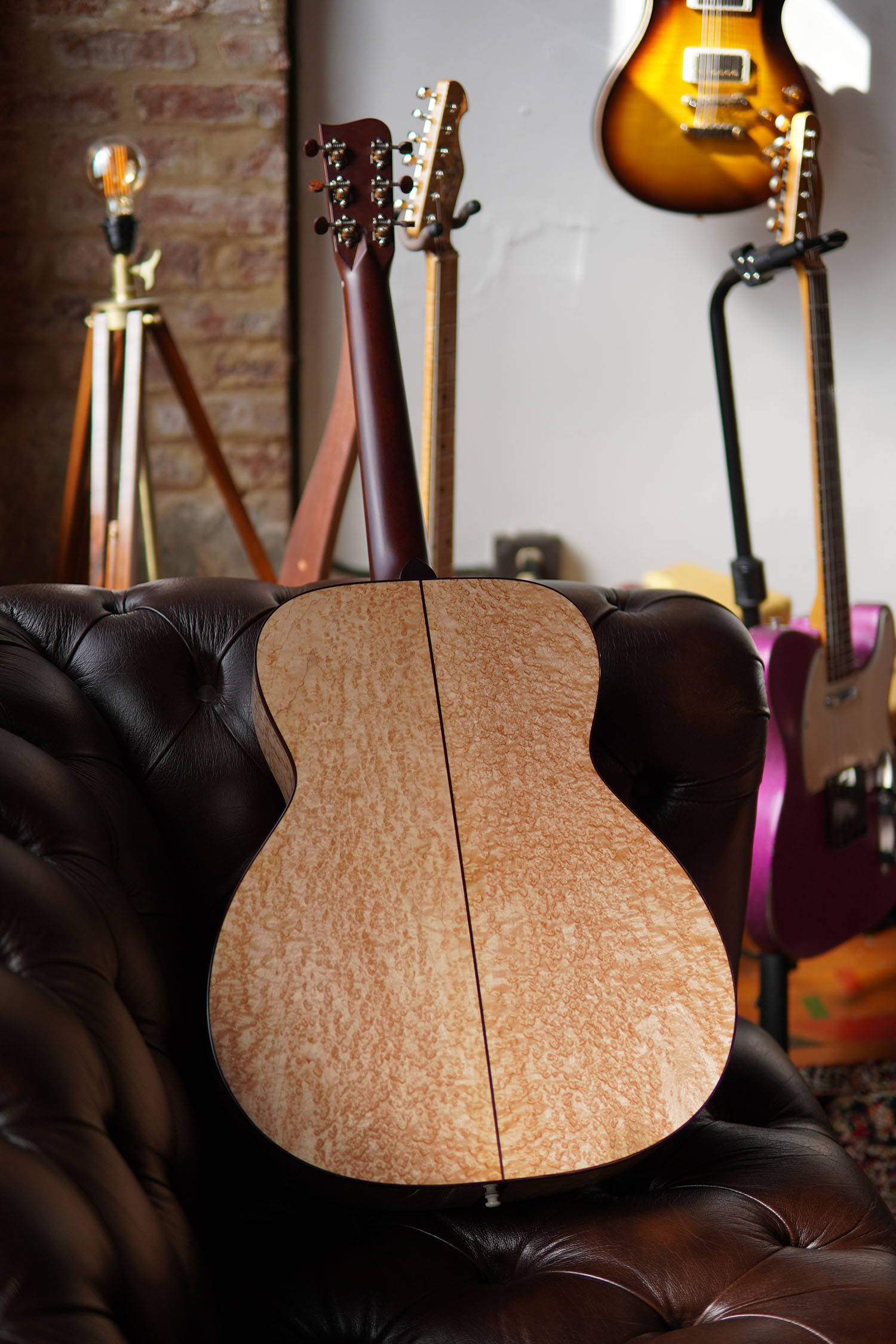 A truly unique guitar from our friends at Gallagher Guitars in Murfreesboro, TN, this Custom Auditorium features an extraordinary combination of tonewoods. We more often see cedar soundboards with rosewood back and sides, a pairing that provides tons of nuance and dark, lush sustain. But when combined with maple (and some wildly figured birdseye maple, we might add!), an unusual voice is achieved. A tight, clean bass underpins intricate arrangements, while a pronounced and articulate midrange and crisp, ringing treble sing out above. The Auditorium shape blends OM dimensions with the tighter shoulders of a 00, providing "tremendous focus" and balance. Additional texture and complementary colors are added with wenge bridge and binding, snakewood tuner buttons, and even more birdseye maple flair on the headstock veneer. A gorgeous guitar in its own right, this special Custom Auditorium would make an excellent foil to your familiar spruce and rosewood guitar.

Lay's Customs are hand built in Akron, OH, using all high quality components and exceptional tonewoods. This green paisley T-Style has show-stopping good looks and the sound and playability to match. 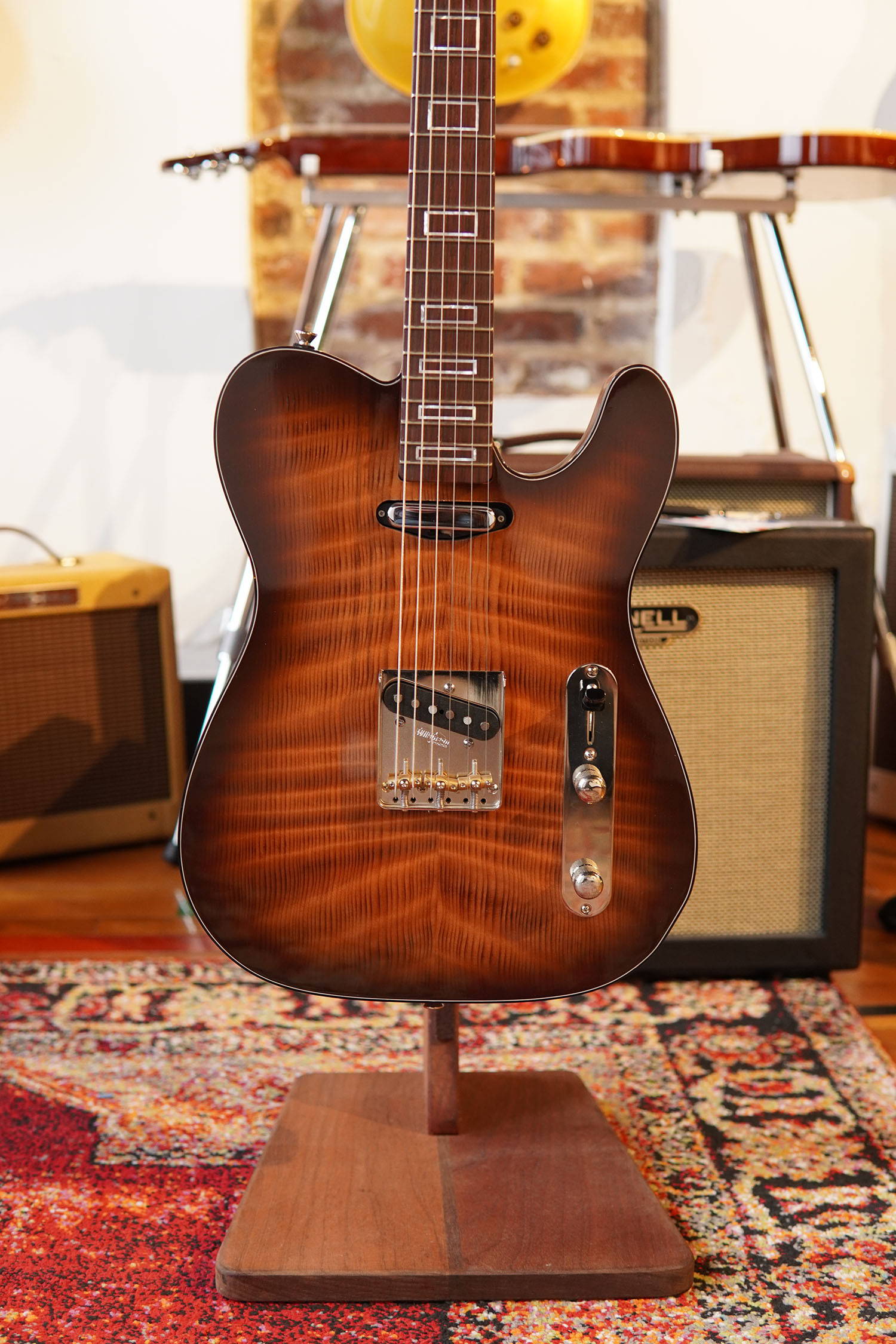 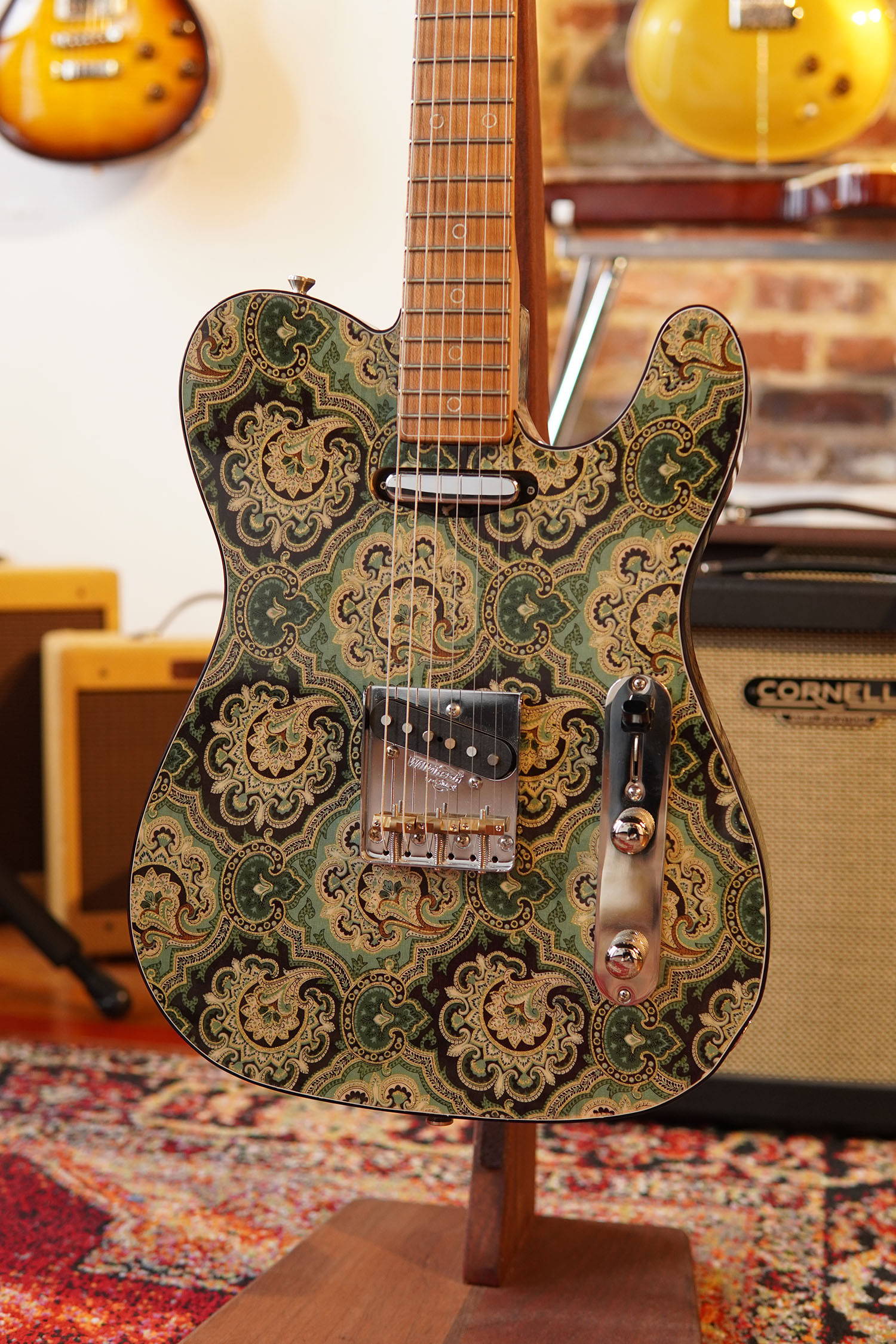 This green paisley T-Style has show-stopping good looks and the sound and playability to match. The BrandonWound Custom pickups were wound exclusively for Lay's Customs and are a slightly overwound set compared to traditional Tele pickups, which helps to smooth out the highs and provide big full low end while still retaining that signature spank you'd expect. The swamp ash body is extremely resonant and, coupled with the custom wound pickups, provides an absolute roaring Tele tone suitable for whatever style of music you throw at it.

This sunburst T-Style Thinline is an incredibly unique build with a ton more going on beyond its traditional T-Style looks. The black korina (limba) body is chambered with a beautiful flamed redwood top, providing a warm, open, almost hollow-body type sound, and keeping the weight down to an incredible 5lbs-14oz. The BrandonWound Custom pickups were wound exclusively for Lay's Customs and are a slightly overwound set compared to traditional Tele pickups, which helps to smooth out the highs and provide big full low end while still retaining that signature spank you'd expect. With its chambered construction the T-Style Thinline can do everything from country to rock and even jazz and not skip a beat. 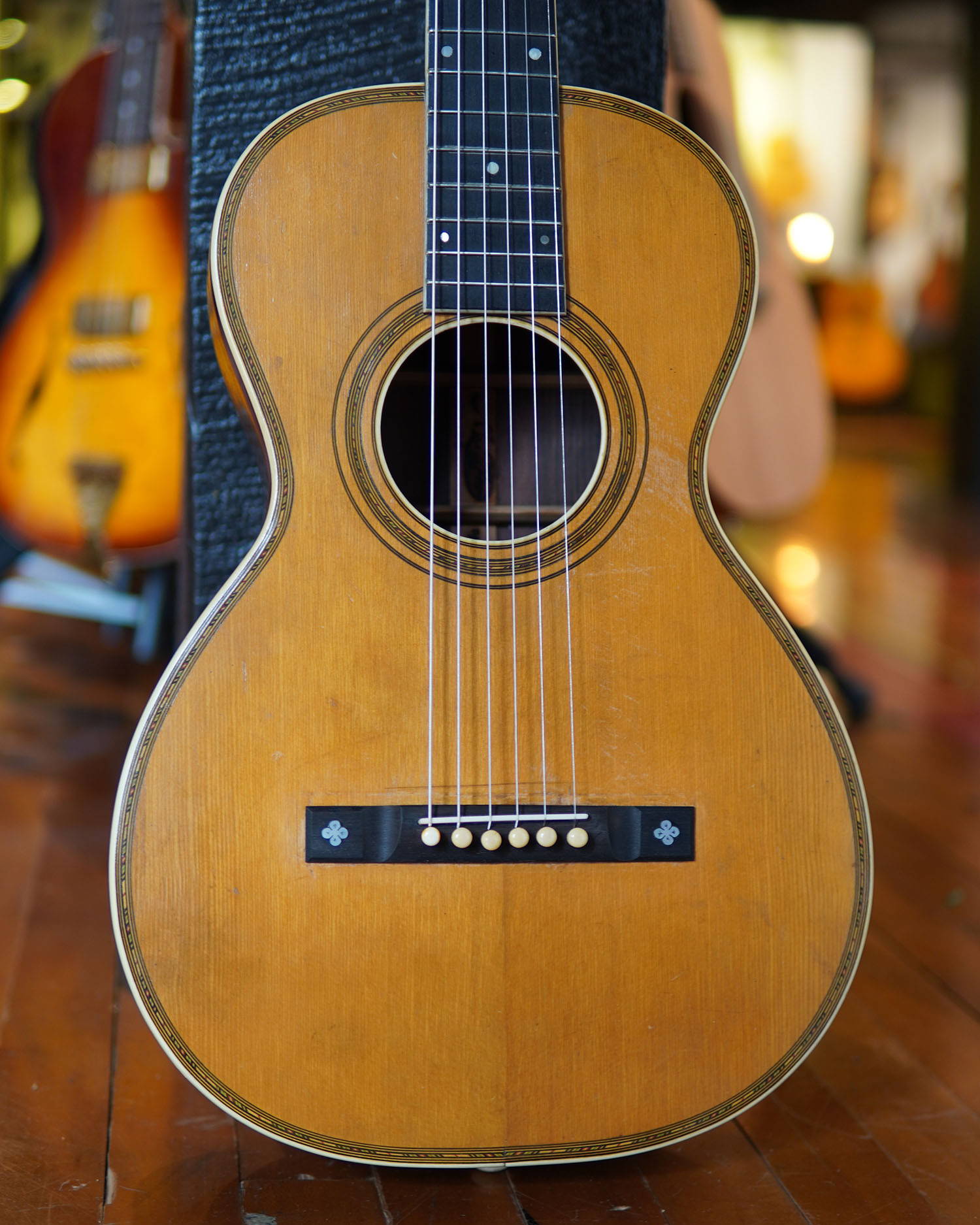 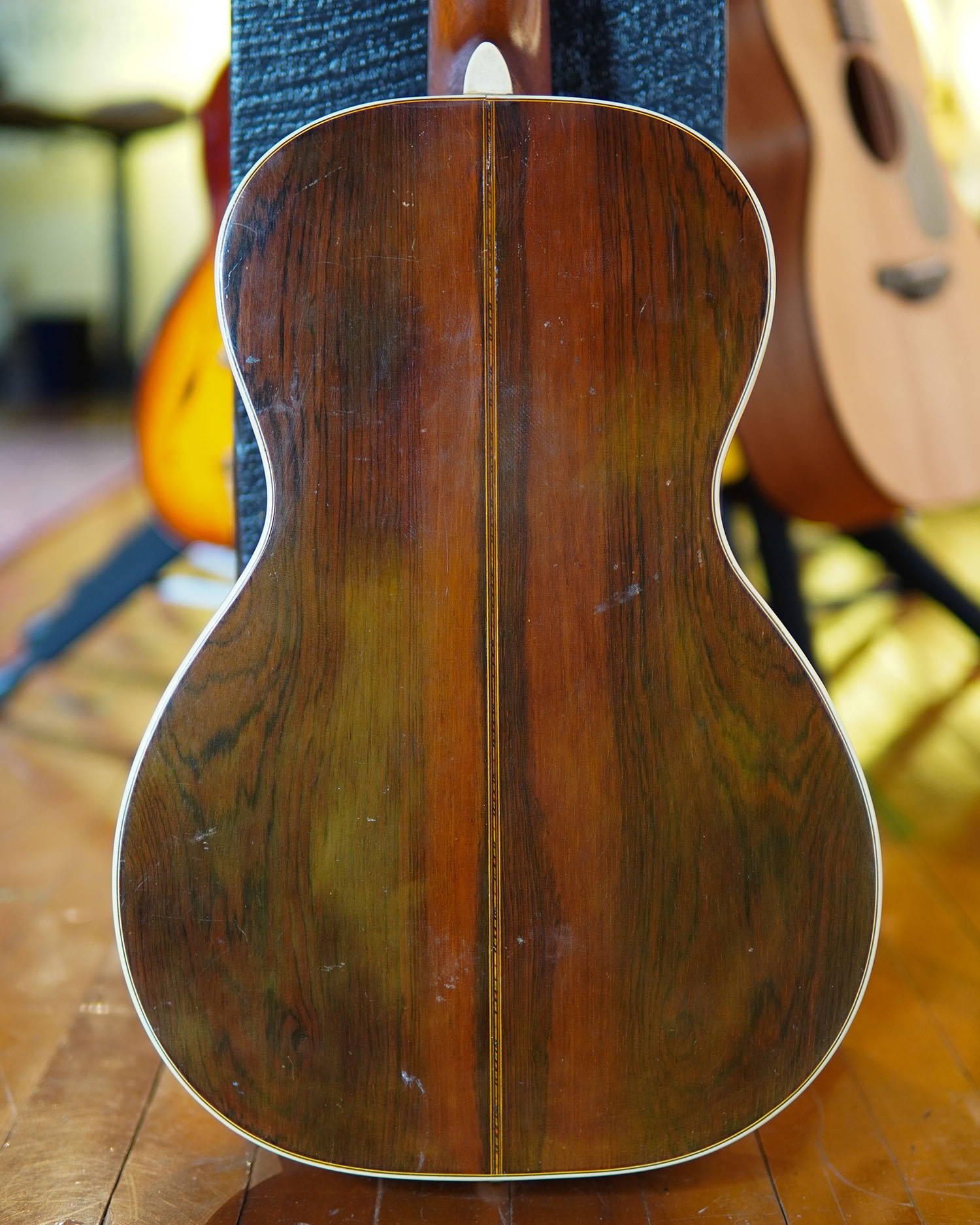 In the late 1800s, Robert Maurer not only distributed imported guitars and instruments from other makers, but also built his own out of Chicago. At the turn of the century, he focused on his own brand of parlor guitars, employing August and Carl Larson, two luthiers from Sweden. The brothers bought the Maurer business in 1900, and continued to build guitars under the Maurer name until 1936, patenting new guitar-building techniques along the way. While they might not have taken off like their contemporaries, their guitars still enjoyed some popularity in the Midwest and among country and folk musicians. They also have some nice rarity cachet, with conservative estimates putting the number of Larson Brothers-built guitars at only around 2,500.

Here we have a delightful little parlor-sized Standard model, crafted in 1918. Priced around $30 when it was first made, the Maurer catalog describes it as: "Rosewood Sides and Back, Top White Selected Spruce, Neatly Inlaid around Sound-hole and Edges with Colored Wood and Celluloid, Mahogany Neck, Veneered Head-piece, Ebony Fingerboard and Bridge, Pearl Position Dots, Argentan Frets, Inlaid Strip in Back, Elegantly Polished, Best Quality Patent Head". Sweet and easy-playing, it has a wider 1-13/16" nut width, and a clear, mellow tone. Considering its age, the condition is very good with only minor play wear. It comes with what may be the original cardboard case. 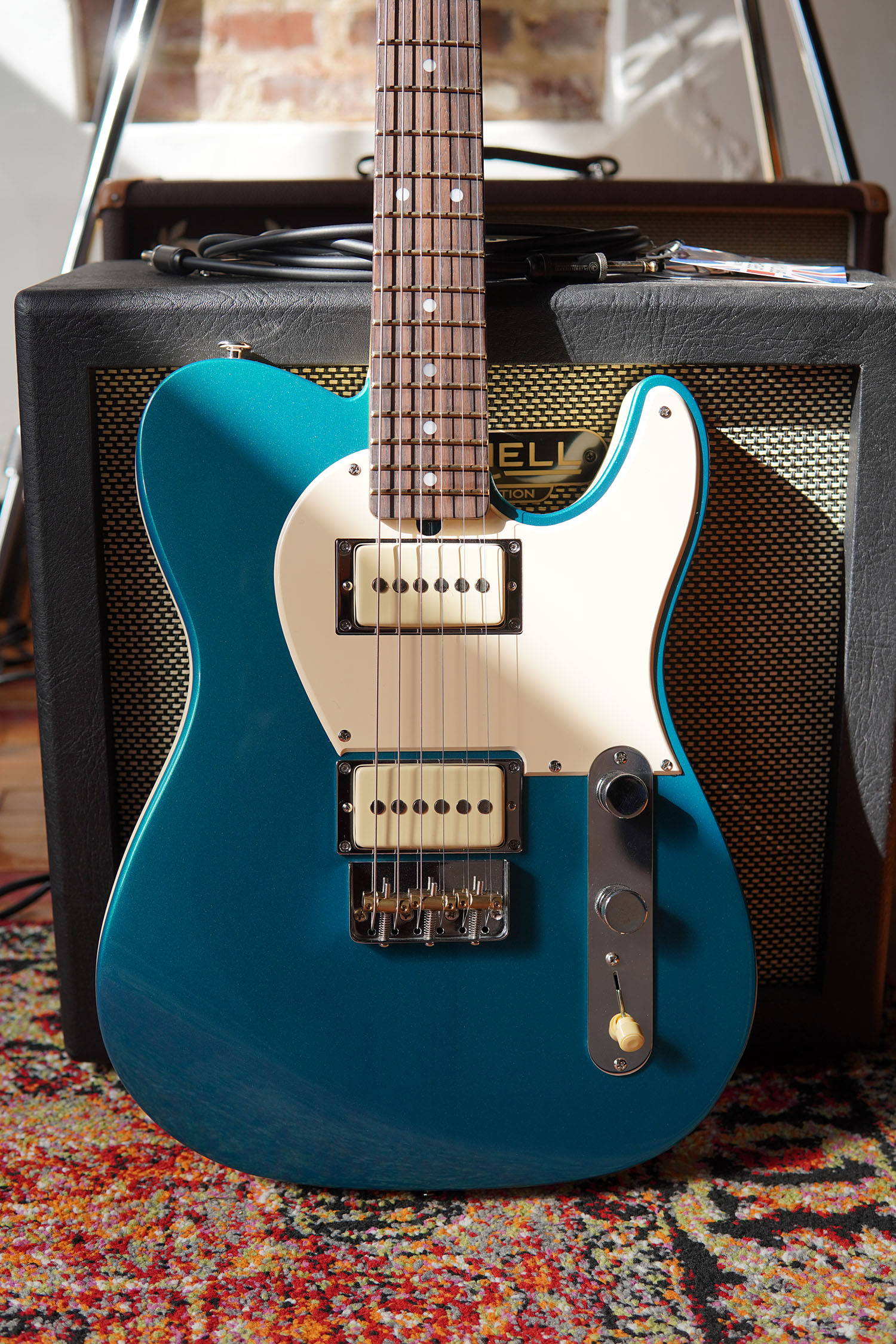 The C.P. Thornton Hot Rod Series Guitars are the result of years of guitar building experience and the Classic II is without a doubt one of the best T-style electrics you'll ever put your hands on. Chuck Thornton has taken all he has learned about the right choices of tone wood and electronics for each specific build, in this case using very old growth Nootka cedar from Alaska. Unlike western red cedar, Nootka is a very dense cedar and has a tone that is incredibly rich and full. He pairs this with a beautifully torrefied rock maple neck which provides an awesome feel and incredible stability. This Classic II is outfitted with a pair of Harmonic Design Cream Z-90 pickups, which produce a bright but full sound with great string definition and clarity. The absolutely stunning hotrod-inspired two-tone Teal and Cream finish brings it all together in an untouchable package of looks, sound, and playability.