Nigel Forster has been building guitars since he was teen in the late 1980s.

And more than just doing it for a long time, he had the benefit of working alongside the legendary Stefan Sobell for many years before striking out and building guitars under his own name. Fans of Stefan's work will see something familiar in Nigel's guitars, but he's been taking his art and craft in a direction of his own as well. He crafts acoustic guitars, archtops, and mandolin family instruments, offering up several variations on top shapes inspired by Stefan and Howe Orme. 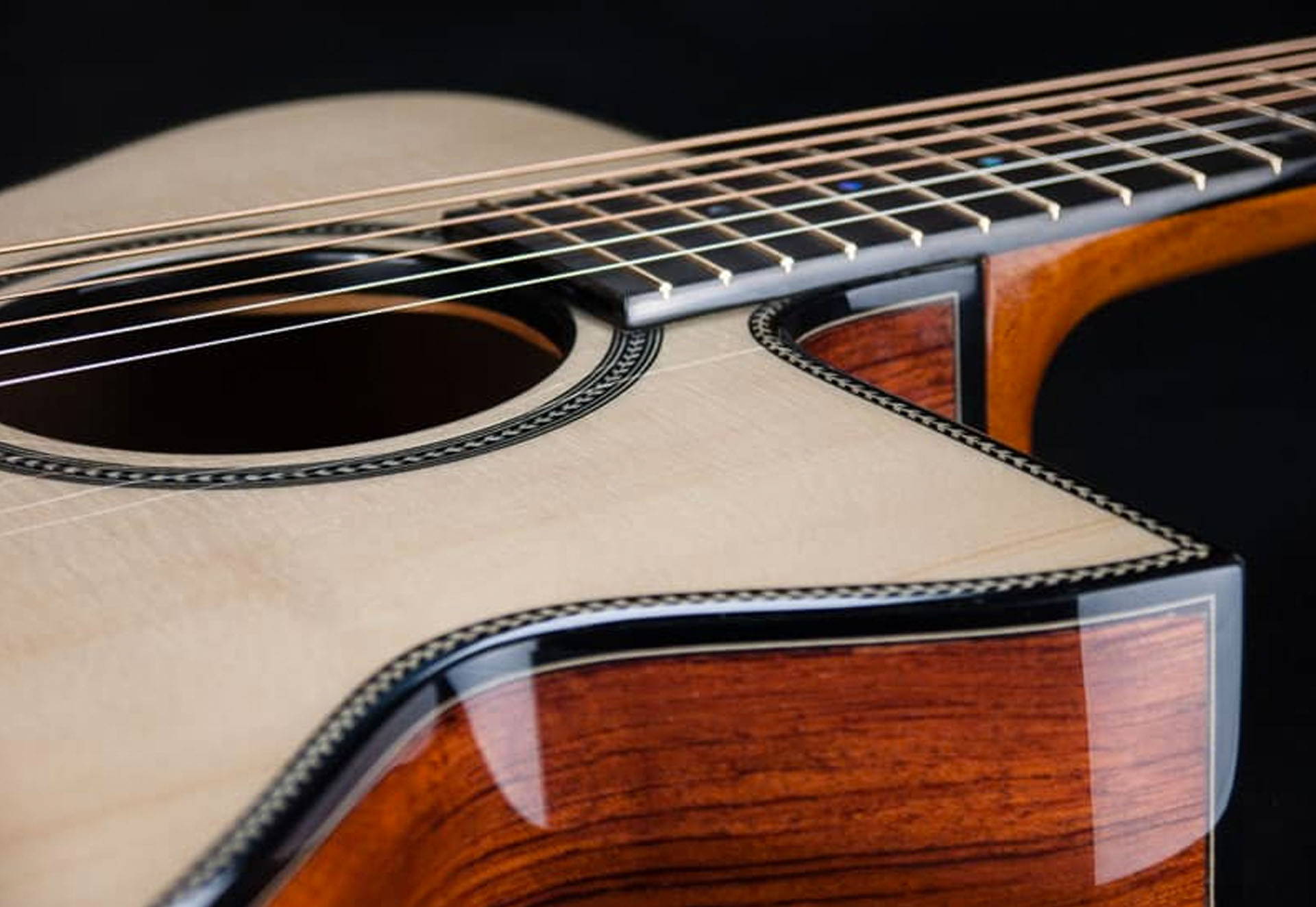 His guitars come in a focused offering of four body sizes, all fundamentally geared towards balance, focus, and maybe just a bit biased towards the fingerstyle players. His aesthetics are classic and not flashy, as he feels the woods themselves are beautiful enough without anything added. Like many luthiers these days, he has a preference for seasoned European spruce, which he hand-selects himself on occasional trips back to Europe from his current home in Australia.

Most fascinating, though, are his thoughts on the role of the back and side wood in the guitar's sound, and why rosewood has reigned supreme. We'll let him do the talking here:

"A change in my thinking had occurred a few years prior to this – that the back and sides don’t add to the quality of sound – rather they subtract from the quality of sound in differing ways. So the reason I loved the sound of Brazilian rosewood so much wasn’t because of the magical qualities the timber had – rather it detracted less than any other material from the sound the top was making. This was after attending a course with Australian/English luthier Trevor Gore. I realised that what I wanted to hear was the sounboard, with as little energy “wicked” away into the sides as possible. This way of thinking was the opposite of how I’d thought about instrument making until then.

"Around this time I also began experiments with side mass and its effect on tone. Through this, many of the sonic qualities I loved about the best rosewoods could be achieved my manipulating side mass and stiffness. By doing so you can reduce the back and sides’ effect from the sonic equation. It also meant that a guitar with mahogany or maple sides was no longer (acoustically) the poor cousin of a rosewood guitar. What you now hear is the sound of spruce, of cedar or torrefied sitka regardless of what the back and sides are made from.

"I've now reached a stage where the guitars are only a little heavier than a conventional guitar (because of the laminated sides) yet what you hear is the sound of the soundboard. The guitars are louder than before, more responsive and more than equal to the work I’ve done using the finest of rosewoods."

Having cracked the code on getting rosewood-like results out of any wood, Nigel builds in a wide and unusual array of tonewoods, including some Australian, Oceanic, and Asian woods we don't see as often in North America.

Later this fall 2022 we'll be receiving our first two guitars from him, and we can't wait. One will feature flamed jarrah, and both will have New Guinea rosewood (Asian padauk) necks...two firsts for us!

This Model E features a Sobell-inspired top, with a body design based on Nigel's Model D body shape but slightly smaller – a great option if you’d like the powerful sound of a smaller-bodied guitar but the warmth of a dread. This is combined with a 25.4″ scale to introduce a little more tension, allowing it to handle dropped tunings beautifully.

This Model S features a Sobell-inspired top, with a body design based a traditional Martin OM or 000, but with a tighter waist for a crisper sound. The design can be tweaked to suit your playing style – fingerstyle or plectrum.

While we wait, be sure to check out Nigel's excellent website and YouTube channel, where he posts both music videos of players performing on his guitars as well as interesting videos around the topic of lutherie. (And for aspiring builders, he's also written a couple books!)