We are just about to get the first two of four guitars in from luthier Sam Guidry!

Taking what he's learned through years working as assistant luthier, repairman and senior instructor at Bryan Galloup's School of Guitar Building, Sam has been crafting his own creative, one-of-a-kind guitars since 2013. He's spent over a decade working with Bryan on his rigorous methods for testing the resonance and response of woods and materials. He carries that scientific deliberation into his own builds, and has excellent control over the voicing of his guitars.

He also looks to other great luthiers like Michi Matsuda for inspiration, and finishes his guitars with a signature artistic flair in the appointments. Given the company he keeps, we have no doubt that Sam's guitars will be well-appreciated by the TNAG crowd. We'll be getting in two SG-00s and two SG2s, his take on a small jumbo. We can't wait to share more of his work with you all! 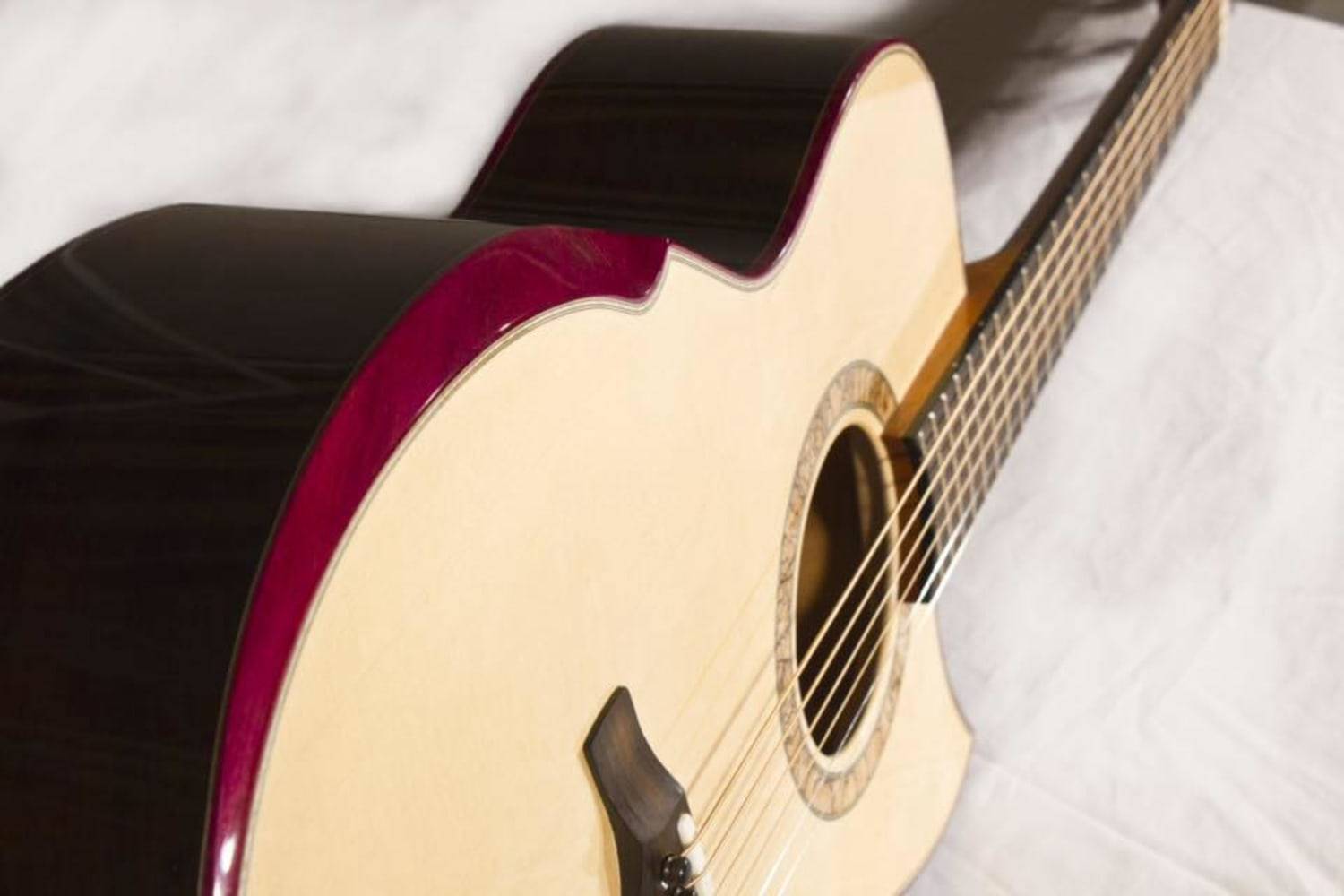 Sold out
Sold out

Sold out
Sold out