We've just taken in a 1994 Mod D from the 'godfather of acoustic luthierie' Ervin Somogyi. This is a model that defined others and influenced builders far and wide. Check this one out, with a re-voiced top from Ervin himself, in the Exchange now...

Ervin Somogyi isn't called the luthier's luthier for nothing. We have many a modified dreadnought in our shop at any given moment, but here, we have one from the originator of the design himself. This pre-owned Somogyi Modified Dreadnought was crafted in 1994, and despite its nearly 30 years, it remains in near mint condition (it's hard to even find marks on the pickguard). Ervin himself recently re-voiced the guitar as part of its renovation, ensuring that its voice and quality would be consistent with his more recent work.

The combination of a Sitka spruce top, with just the slightest bit of bearclaw figuring, and Brazilian rosewood back and sides, is as well-balanced, rounded, and tonally rich as you could hope. Its responsiveness suits the fingerstylist as you would expect from this design, but it's got plenty of power for the strummer. Visually, the tight pattern of the rosette, the unique curvature of the bridge, the fingerboard inlay, and the proprietary Somogyi headstock all combine together to feel at once old- and other-worldly. 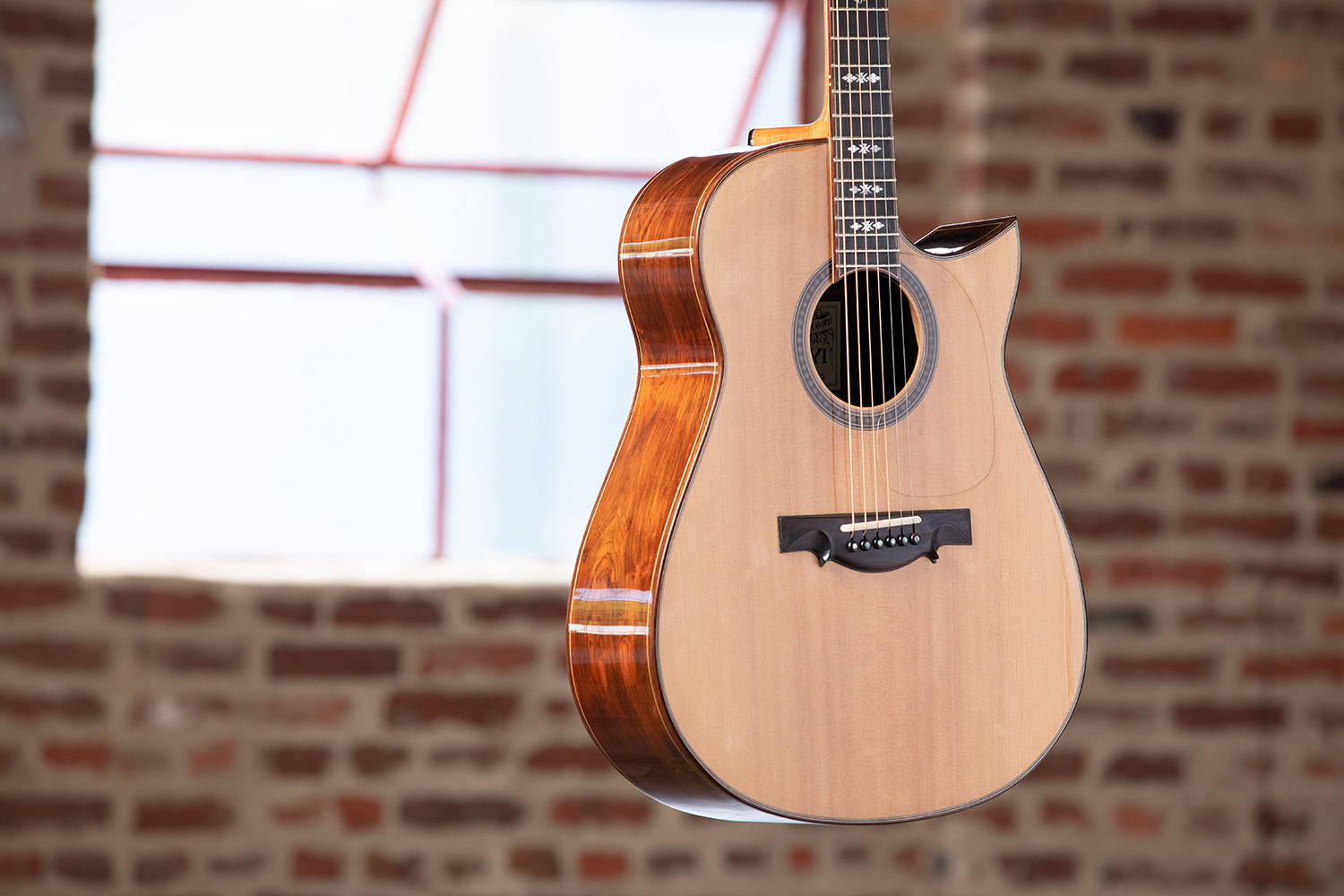 New in from Baxendale, Gibson and Santa Cruz!

Just in from Preston Thompson, Kostal, Goodall and Collings!