The 50th Anniversary Laskin has landed!

Canadian luthier Grit Laskin is renowned not only for his innovative guitars but his unparalleled inlay art. To celebrate his 50 years of building, we asked him to include both a personal influence as well as himself in this one's inlay, and the end result is a stunning blend of personal art and musical tone. 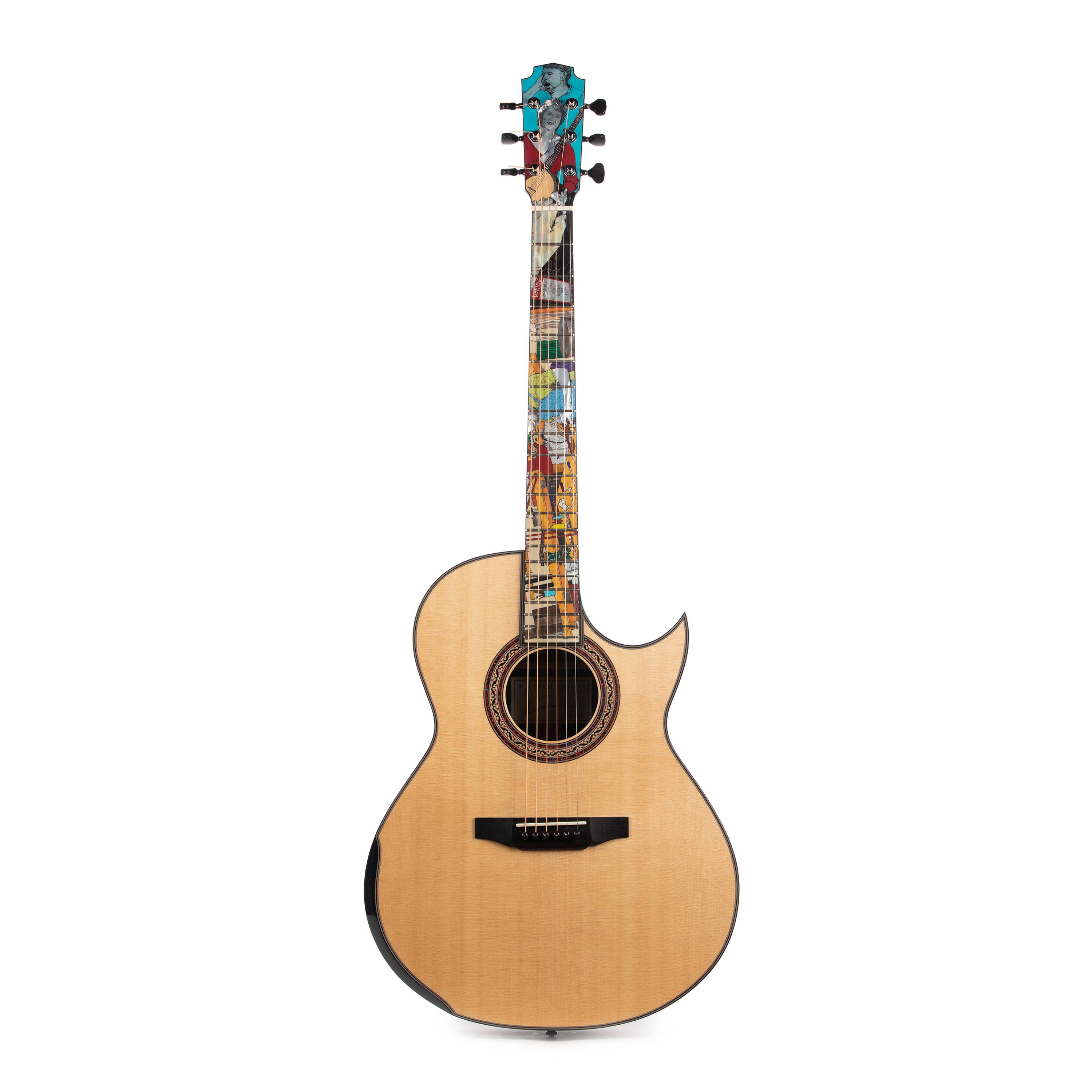 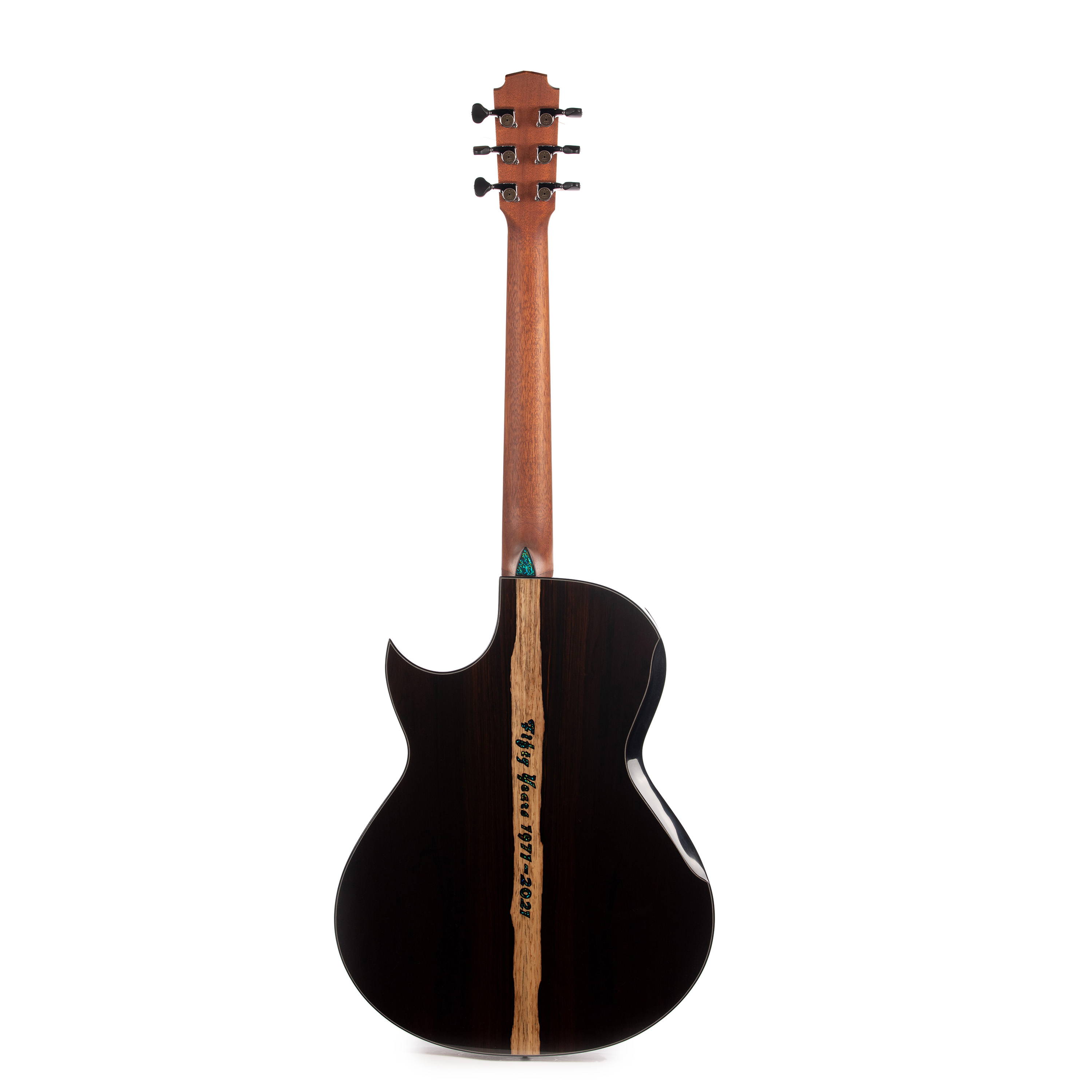 Titled "Grit Gives Peggy A Hand", Laskin depicts the legendary Peggy Seeger and and her husband, Scottish singer Ewan MacColl, who helped kickstart the British and American folk revivals, in addition to being a major influence on Grit's on music as well as a friend. With a dose of humor and realism, Grit painstakingly depicted his own workshop and himself, putting Peggy's left hand in place.

Beyond the art, the incredibly balanced, warm and mellow tone of this Brazilian rosewood and Sitka spruce guitar shows off Grit's peerless tonewood selection and craftsmanship. We couldn't be more proud of this very special, deeply personal guitar from one of our favorite luthiers!

Learn more about the build process and Grit's inspiration in this prior blog post.