V1E3 is out now across all app stores

Our latest edition is out now and features an exclusive interview with Hollywood superstar and guitar collector, Kiefer Sutherland, as well as an in-depth profile on Ervin Somogyi, written by the man himself.

The latest edition of TNAG Connoisseur is out now to read from your TNAG app. If you don’t have our app yet, search ‘TNAG Connoisseur’ across any major App Store to download it and read the latest issue. This issue features interviews with:

The Hollywood actor opens up to Connoisseur about his guitar collection and why he loves boutique and vintage acoustics, his deeply personal songwriting approach, and brand new record Bloor Street. 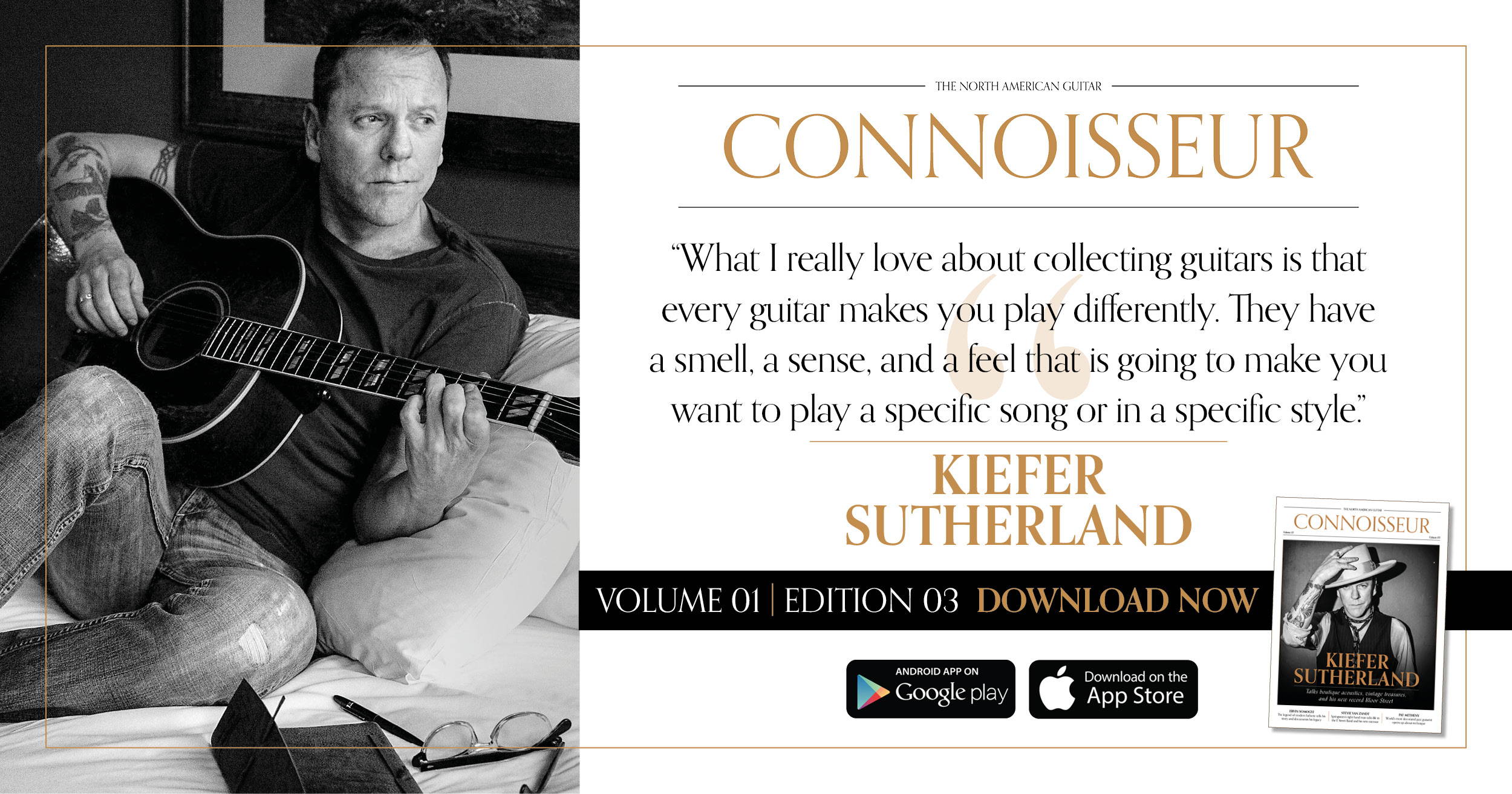 Never before has Ervin told his life story in this way—until now. Get to know the greatest living acoustic guitar maker in this issue’s Meet Your Maker as he tells his story in his own words (and we send a photographer to meet him so you can get a glimpse inside his workshop). 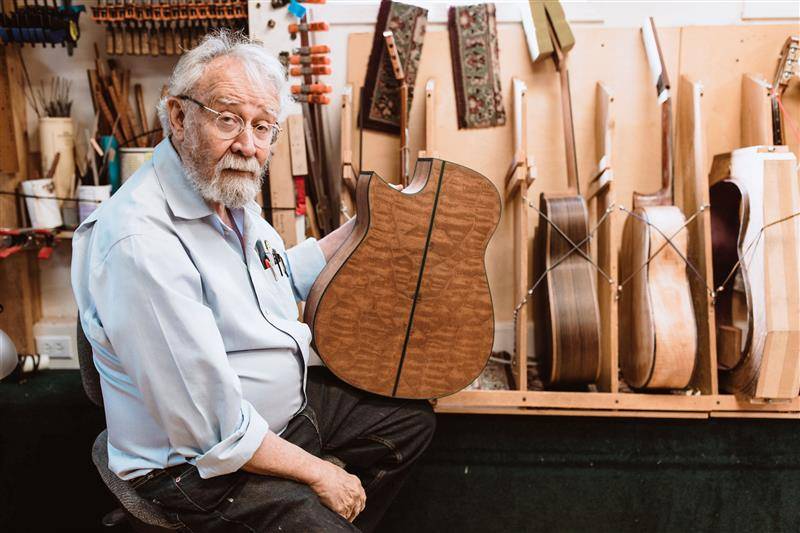 Bruce’s right hand man, SVZ, has toured with the Boss in the E Street Band for decades. In the latest issue, he shares his stories from the road in one of the world’s biggest bands. 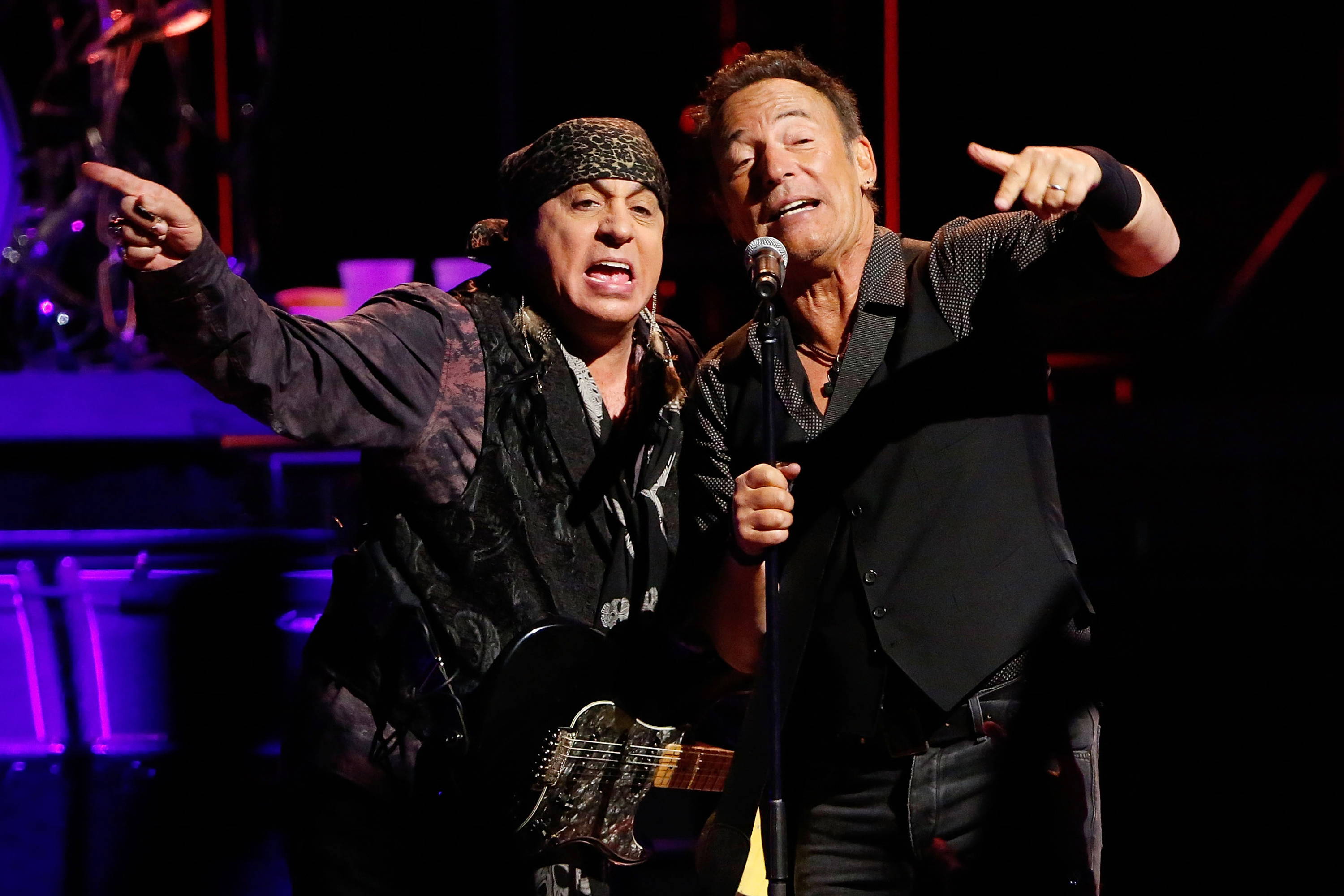 The greatest, and most decorated, living jazz guitar player talks to us about his new project, tours, and, most importantly, his technique. 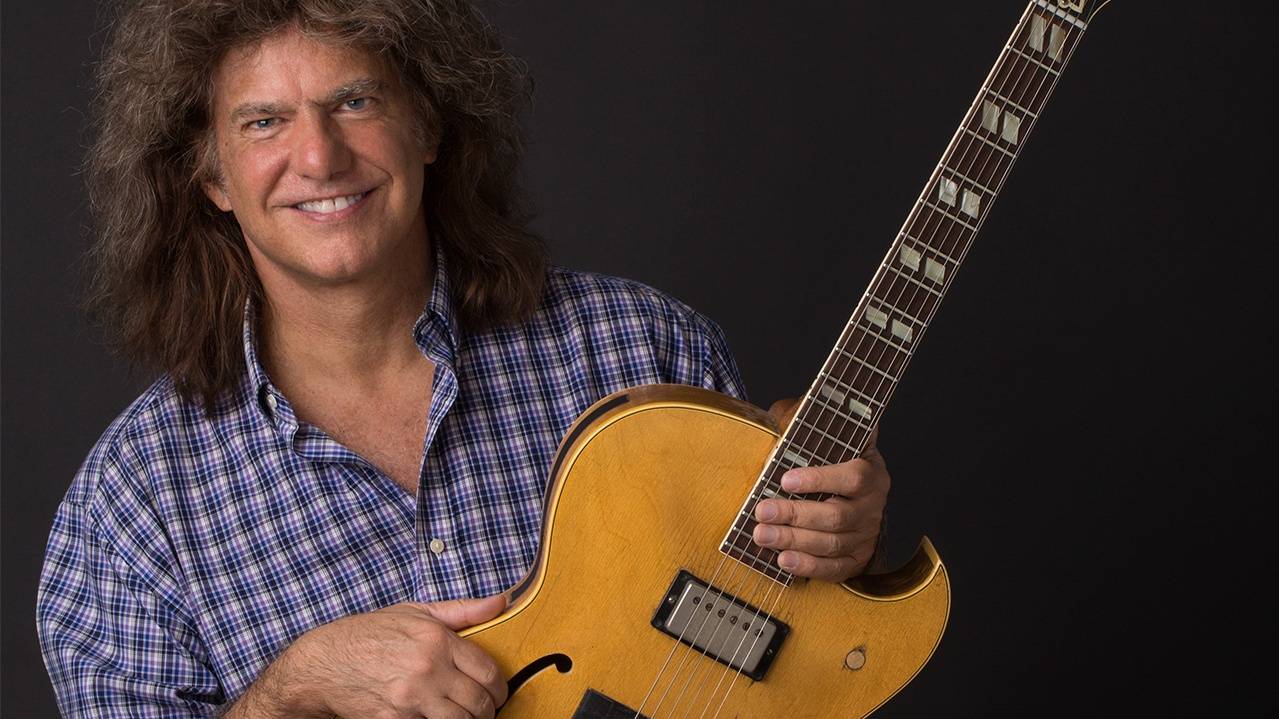 There are a several reasons why this issue is special. Firstly, Kiefer Sutherland. Having grown up watching his films and TV shows, it’s extra special to feature him on the cover as he talks about his love of touring, songwriting, and collecting. Gear acquisition syndrome got the better of him as he amassed around 100 instruments including some special 50s era Strats and Les Pauls. More than anything, he’s a fine musician—his new album Bloor Street is released in January of next year and it’s a treat full of dynamic arrangements, observant and personal lyrics, as well as some masterful guitar playing.

Speaking of masterful guitar playing, how about the most decorated jazz guitar player alive? Pat Metheny talks to us in this issue about his new album, touring, and technique. Metheny name checks Martin Taylor as one of the ‘greatest solo guitar players in history’ in his interview, so, naturally, we went out to validate that and talked to Martin in this issue too. So you’ve got a bit of a jazzy double-header, if you will.

If, like me, you’re a die-hard Springsteen fan, you’ll no doubt recognize the bandanna-framed face of Steve Van Zandt. As the Boss’ right-hand man, there are a few stories SVZ could share—and he does, in his new memoir Unrequited Infatuations. We talked to Little Steven about the book and asked him to recount his time in the E Street Band.

But there’s one interview this issue that I must mention. I approached Ervin Somogyi to tell his story in TNAG Connoisseur a couple of months ago. And he agreed. But we wanted to tell the story of Ervin. His life and work, in his words. Not so much, how does Ervin build a guitar? That’s been done and you can read that all over the internet. But what hadn’t been done was an autobiographical look at the man behind the renaissance of the steel-string acoustic guitar. What was his upbringing like? How does that impact the man he is today? Where does he draw his creativity and inspiration? Essentially, what makes Ervin Somogyi tick? Well, you can find out. There are two parts (both in this issue) to his story and I really hope you enjoy reading them. While tough at times (as the story of any child of war would be), it’s full of his trademark wit and humor. Ervin’s a splendid fellow, guitar maker, and interviewee. While we document his life story, we also take a look at one of the very first steel-string guitars he made: the DC1. He talks us through a detailed restoration of what is, essentially, a piece of Somogyi history.

We also take a look, in a new column written by Dan Epstein, at the enduring relationships between player and instrument. We kick off with a pairing that shaped popular music as we know it: Don Everly and his Gibson Southern Jumbo.